Voice of the Republic
https://bharatganrajya.com/forum/

Marten wrote: ↑
Wed Feb 14, 2018 4:55 am
Instead of celebrating not just a massive series win (and conversely having avoided a massive series routs that are more used to), folks are breast beating.

Well done VK. Time for my rant now: Let MSD retire gracefully and allow Saha, Pant, or even Karthik to take the stage until the WC.

I expect couple of guys from U-19 team to graduate to TI pretty soon especially the 2 batsmen and the fast bowler. We seem to have spots available in the middle order as it looks unsettled. This despite having a chap who has hit triple hundred. Where is Karun Nayyar these days ?

Bhai Log, Basic job of Dhoni is to keep wickets and score few runs. He is by far the best in business by a mike when it comes to keeping wickets. I guess BGR is being mean to him.
How long do you think before Chahal and Kuldeep would snap spinners places in Test side. My guess is that by the end of this year, Ash and Jaddu would be warming the benches in Away tours.

Rohit may flop sometimes but he is such a beauty to watch when in flow and he is mostly in flow these days. The sixes he hit yesterday were like, yum yum !!

by Gus
enjoy the victory people...VK has done what others could not.

Aren't Warne and Murali are both wrist spinners. It depends on overall accuracy of bowler. Was nice watching a batsman like Amla struggling to even make a contact with Chahal's deliveries.

by Gus
count how many wrist spinners in tests and how many finger spinners.

Very apt analysis. Basically there is this Kohli's boys failed to be in the same frame of references as is kaptaan, and the batsmen calibre requires more exposures to conditions they play (if not naturally talented)

Not everyone can be Kohli. We need to groom them.

by Peregrine
Inzamam rings warning bells for ODI side

KARACHI: Pakistan chief selector Inzamamul Haq believes changes in the ODI team are inevitable since the recent 5-0 whitewash in the 50-over format at the hands of New Zealand cannot be ignored.

Inzamam was addressing media at the Lahore Cricket Club when he said: “After a 5-0 defeat, changes are obvious. The ODI team needs a revamp, since such a defeat is not acceptable.”

He continued by ruing the fact that Pakistan have only one ODI tournament in the domestic calendar but did say that the Pakistan Cricket Board (PCB) is trying its best to add more.

“There is only a single ODI tournament every year in Pakistan. We are working on increasing the number of tournaments since that will help the players polish their skills for the 50-over format,” he said.

On PSL and club cricket

Pakistan Super League (PSL) kicks off on February 22 in Dubai and Inzamam believes it provides young players a platform to improve their shortest-format skills. “The players playing in the PSL will get a chance to develop T20 skills, which will increase the talent pool available to us in this format,” he said.

He added that the PCB is focused on improving the standards of first-class and list A cricket in the domestic structure so that it can translate to better national teams in both formats.

The 47-year-old also emphasised on the importance of club cricket. “The more club cricket you play, the better you get,” he said. “During our time, I used to play more than 150 matches in a year and that helped me improve.”

Inzamam was quite candid when asked about the role of a chief selector during the selection of the playing eleven for a match.

Talking about the role of Lahore in unearthing cricketing talent, Inzamam said that the number of upcoming players has decreased since club cricket has taken a back seat. “Manto Park has produced at least eight to 10 international players for Pakistan and some other clubs have done the same. They will have to revive club cricket in order to produce good players from Lahore,” he said

by Vyoman
I noticed Kuldeep grunts while he delivers his wrists.

by KJo
Rohit bhaisaab, back too his old ways. 15 runs.

Now he will chillaxxxxx onleeee for another 5-10 matches before waking up, shouting AoA and slamming a massive century full of 'elegant' 6s and 4s.

by Peregrine
PCB might have to accept FTP without India matches

The Pakistan Cricket Board (PCB) might find itself on the crossroads regarding its case against the Board of Control for Cricket in India (BCCI), where they are demanding compensation from the latter for not honouring the Memorandum of Understanding (MoU) between the two.

The PCB filed a case against India in the International Cricket Council’s (ICC) arbitration committee after the BCCI failed to play even one series against Pakistan in accordance with the MoU signed between the two boards that had stipulated six bilateral series over a period of eight years. An MOU is NOT A CONTRACT AND THEREFOR IT IS NOT BINDING

However, the members of the arbitration committee haven’t been finalised yet, which puts the PCB in a tight spot where they might have to sign the Future Tours Programme (FTP) without the matches against India included in it.

Earlier in September last year, a workshop to finalise the five-year FTP from 2019 to 2023 saw the first draft of the FTP. The draft is to be presented during the yearly ICC meeting in June, where it will be signed by all member boards.

The proposed FTP saw international matches moved backwards or forwards to make room for the Indian Premier League (IPL), while India were also granted series against the other top-ranked nations.

On the contrary, Pakistan were given significantly less ODIs, 38, to which the PCB proposed an increase in the number of matches. The PCB, in its own proposed schedule, asked for at least 45 ODIs. An increase in T20Is and Tests will see Pakistan move for 121 international matches from the proposed 104.

And if the ICC Dispute Resolution Committee forces the BCCI to honour the MoU, 24 more matches will be added to Pakistan’s schedule over five years. Meanwhile, the PCB may also receive a huge amount as compensation from the BCCI if that is the case.

The PCB, after looking at the first draft of the proposed FTP, took a stance against it in the likely scenario that India’s matches are not added to the schedule.

The Pakistan board filed a case against India seeking compensation and sources claim the BCCI has sent its reply to the ICC as well.

However, it is believed that the case can take up to three to six months to resolve, which means Pakistan will come under increased pressure to sign the FTP in June without the issue having been resolved.

It won’t be easy for Pakistan to not sign the FTP if the case against India hasn’t reached a conclusion before June, since the PCB’s disapproval will also affect the teams with which the Men in Green are scheduled to play from 2019 to 2023.

by crams
Proud to see our boys hammer SAfricans in their own den. This was a battering. But that said, I feel there was no need for Kohli/Dhawan to have played this match. They should have given someone like Kedar Jhadav and others who have not had a chance in this series.

by Suraj
I see nothing wrong with Kohli fielding the side he did in the last ODI . Years from now - even weeks from now - no one will remember team composition , yet all record books will say the score line was 5-1 in SAs own den , with SA ranked world #1 at the start . No other #1 team has lost this badly at home .

Look at the scoring rates here

Suraj wrote: ↑
Sat Feb 17, 2018 8:17 am
I see nothing wrong with Kohli fielding the side he did in the last ODI . Years from now - even weeks from now - no one will remember team composition , yet all record books will say the score line was 5-1 in SAs own den , with SA ranked world #1 at the start . No other #1 team has lost this badly at home .

I agree with the above:
1. I think it was important to clobber them 5-1 (or 6-0) if that had been possible. A statement has to be made, and opportunities to make a statement like this i.e. we have a good enough team to beat a # 1 team like RSA (or Australia) on home soil, comes once a decade (if not once every 15-20 years). If this was Bangldeash or Zimbabwe (or a weak team, I would have said 'yes, let's give the others a chance since we have won the series').
2. This team is a strong team. RSA looks weak because we thrashed them. They had the opportunity to make the pitches as they want, and they did it, and still we thrashed them. They fielded the best team they had, and even with Amla and DeVilliers in them, we beat them 2-1 (last 3 ODIs).
3. Recall the tests....3rd game was something RSA could not handle the pitch -they- made, and we beat them. I smell black lentils with the pitch dampness and calling off play for 4th day. India was a dominant team and that should show in the record. Too bad the test series went against us for 1-2, it could have been 2-1.

by crams
I would like to see Suresh Raina click in the next game and cement his place both in T-20s and 1-days. He is a class player IMO his woes with his form notwitstanding

by Gus
raina is a fighter. i still remember his blistering knock of 87 from 25 balls in an ipl..unfortunately run out..else no telling how fast he could have gotten that century

Also poor handling, persisting with him when he was being hit all over.

by chetak
x posted from nukkad

The first one had a slip, the second one had cover and the third one has extra cover. 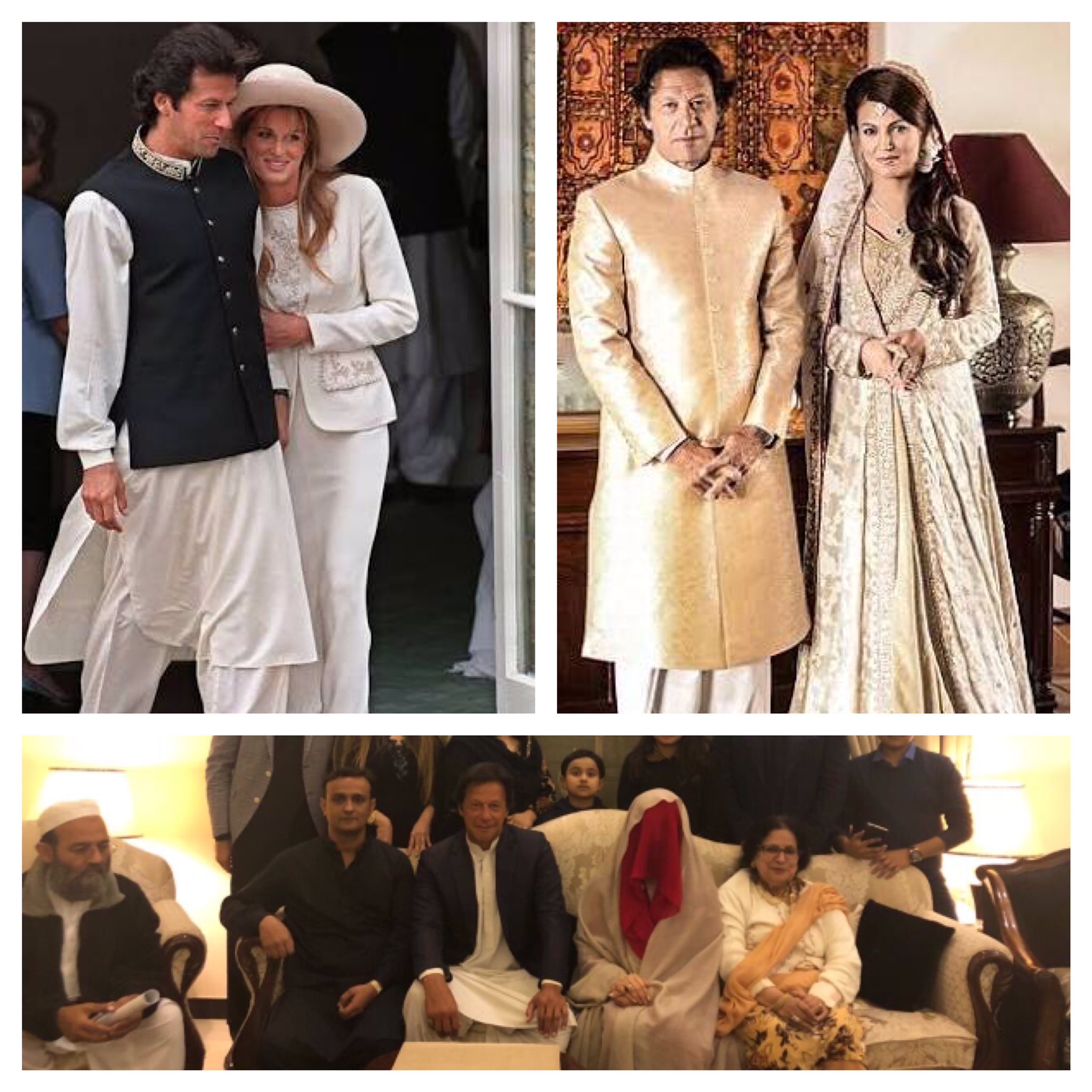 by hanumadu
The only limited overs matches SA won on this tour are rain affected. If not for the wet ball, we would have won both of them too. It would have been a clean 9-0.
All times are UTC
Page 15 of 30
Powered by phpBB® Forum Software © phpBB Limited
https://www.phpbb.com/