General nukkad-style discussions.
This forum is lightly moderated, and members are expected to moderate themselves.
Post Reply
749 posts

Am glad India won, and the way they did it was the mark of a champion. 22 runs of the penultimate over...! and 12 of the last, a sixer of the last ball when 5 was needed to win. I have to say this was a must-win after what the BDs did against Sri Lanka, in the last over and after the game.

That nagina dance in the IndraD post above shows only one player doing it. This picture shows that the whole BD team came on to the pitch (they were the batting side, so the rest of them had to come to the field) and did the nagina dance. A glass wall was smashed in the BD dressing room. Seems like they have many more years/decades to go before they can call themselves mature adults.

Added later: In the image below, two of the BD players including the batsman on the extreme left are facing the Sri Lankan players while doing their dance. Clear taunting. Its funny and prescient....a comment from Dinesh Karthik prior to the BD match.

time to go to the bd kirket forums to have some fun..
Top

Congrats to BD in advance for winning the tri-series.

Come to think of it.. Fizz lost us the game. He got manish out which brought DK in. Damn you Fizz!

I am sure Sri Lankans are enjoying this win more than Indians.
Top

^^^ I think so too. At 11:19 in the video posted by ashokk, there are some fans looking at the camera and doing the nagina after the vicotry. Indian or Sri Lankan fans I am not sure, but likely Sri Lankan.

For someone who are sticklers for procedure that they wanted a no-ball declared in their match with Sri Lanka, what the hell were the BDs doing calling for drinks for the bowler in the middle of the final over. Three more balls and they go to the dressing room anyway. Commentator was asking that the umpire should have intervened. BDs, they wanted to break the batsman's concentration by crook....

DK's one cool customer. To hit a six of the last ball requires total nervelessness.
Top

DK has done more than a miandad here. Hitting a flat six over extra cover - prolly the only kind of legit six that could be hit off that line and length. When Soumya Sarkar released that ball he must have felt good almost on the verge of elation as the bowler instantly knows when the ball reaches mid pitch, what kind of a delivery it is going to be. Something what Steve Waugh had felt and described after the Sharjah desert storm when he bowled the most perfect yorker he ever did to the little master, only to realise the next instant the ball was hit straight over his head for a boundary. Soumaya Sarkar's joy was short lived as DK played a perfect cricket shot for six. Haven't seen a last crunch ball being hit with such perfection and timing in my life. No cross bat no slog, just pure magic. Take a bow DK!
Top

Indrad wrote: ↑
Sat Mar 17, 2018 4:30 pm
BL vs SL
Peacefuls of BD fought with SL players on & off the field and even smashed dressing room of BD players.
No idea of more details. Case being investigated by Courtney Walsh.
Gaali Galauj throughout game and BD captain even asked his batsmen to pull out from middle.

Can't be a greater dis-service than this - to the legend Courtney Walsh. What a gentleman giant he was on & off the field. Seems they have learnt nothing of temperament from the great man yet.
Top

^^^ THat's what I was thinking...the shot was a very composed shot, played almost casually, with the batsman taking the correct stance for that shot. No wild swinging (Miandad style) hoping it connects.
Top 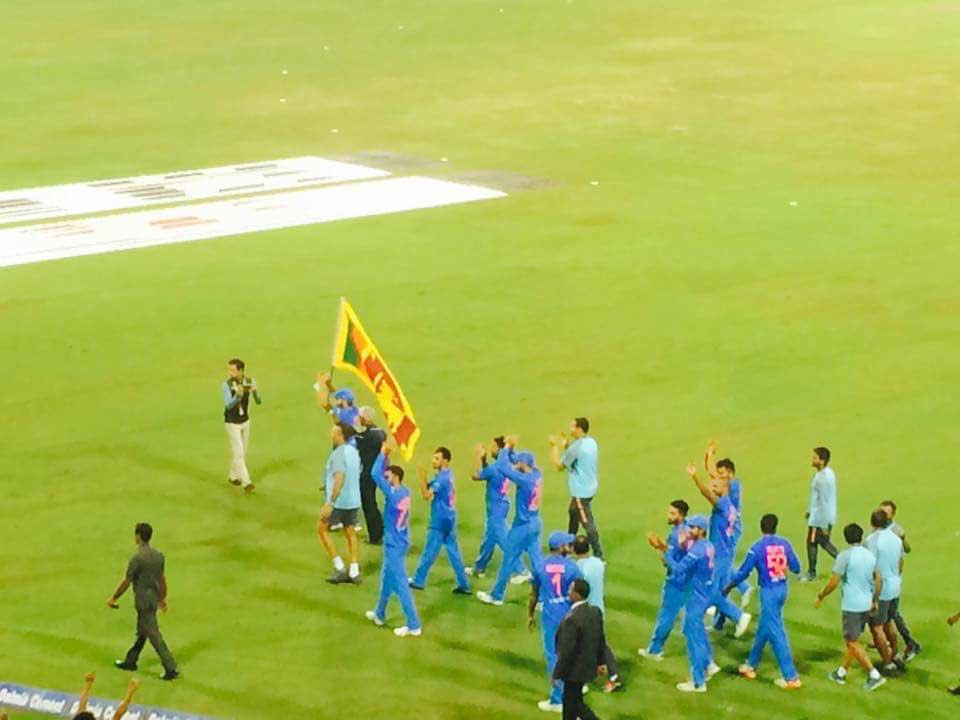 I have never seen Sri Lankans and even Pakis supporting us in such a manner. Bhookas are widely detested it seems, and it doesn't surprise me one bit. Perpetual victimhood, along with a really misplaced sense of arrogance. When the Aussies were arrogant under Pointing, they were so because they truly were world beaters. Bhookas have that sense of entitlement but cannot even consistently beat Zimbabwe.
Top

It is some massive cognitive dissonance ..they build this world view that they are the best and they deserve cups ...BUT the results are not there...so they reconcile that by embracing conspiracy theories, feel they've been cheated..and the others must hate them blah blah.

it is fascinating really to read their forums..
Top

White Pakis against NZ all out for 58, can't play swing?
Top

holy shite this is big ! (or would be, if this was a non-white team)

When got caught cheating by camera, coach lehman apparently send in the 12th man to tip off bancroft about it. Who then tried to hide the tape in his trousers which also got caught by the camers. When the umpires approached him, he showed them a black cloth which he claimed to use for his goggles. Smith too was present while he lied to the umpires.
Top

it is big..nothing new for the cheaters though..and smith will get away with it..at best get a slap on the wrist.
Top

What qitiyas the aussies are? Shows how Australia can be made to wilt under pressure.
Top

Oz can present themselves with pride to accept ball tampering. They have nothing to lose being rouges of the game all while.
Top

Life ban for Steve Smith and David Warner, please . All his contrite admission doesn’t change the fact that the leadership group came up with the plan, and made the newbie do it .
Top

Fat chance. Du Plesis hardly faced any sanctions for blatant ball tampering with his zipper. The aussies will at most get 2 matches.
The excuse was they were desperate to win. And credit to SA for driving them to desperation. I hope they win the series.
I think the culprit is Darren Lehman. He is from the period when the aussie team was full of such a$$holes and he is infecting the current team with his disease.
Top

1. I was wondering how the heck did the TV show it to the extent it did until I realized the series was being played in SA

...if this was done in Australia, it would not have come out, or would be significantly watered down. The TV cameras would have immediately pointed the other way (i.e. the on-air editor would have cut to the commentator's box or something). It came out (to the extent it did) only because SA TV channels were manning the cameras. It gives you an idea of how much cheating would have gone on in Aussie land (and when cameras were not this good).

2. I say, a life ban would make it easy on these guys to say 'let's move on, these were a couple of bad apples and do not represent Aussie cricket'. I think there was a ton of nefarious stuff that Ponting and his mates got away with (they tried to get Bhajji and Tendulkar with they Maaki nonsense).

I say, let these players continue to play. And the world will continue to be reminded that the Aussie team plays with cheats (which is closer to reality) and is OK with them. There is social media now. Banning these players make it easier for Australia to move on.
Top

The difference is that du Plessis acted alone, on something that's generally a grey area (using something in mouth to shine the ball). Some things like that are already permitted - using your uniform to shine the ball. Du Plessis denied his actions were premediated, and never got sanctioned beyond the ICC's simple tampering sanctions.

What Smith did is a whole different thing. He *led* a conspiracy to make the kid in the team do this, using something that's definitely not permitted. And then he admitted to a team culture that does this to win. In general the ball is never permitted to be roughened, only shined.

The largest calls for his sacking are not the ICC sanctions, but his own country. Even the Aussie PM has demanded his ban. You know you're in trouble when your political leader takes time off on a weekend and demands publicly that you lose your job.

Aussie team culture is out exposed now. Despite all the recent controversies, they are seemingly immune to reconsidering doing something stupid in front of cameras. And Smith is enough of an idiot that he thinks he can just say 'oops sorry, under my leadership that will never happen again'. The arrogance. Thinks he can do that, then define his own punishment too.

The guy's going to be remembered for this, the way Azhar and Cronje aren't known for cricket anymore.

If you think I'm being extreme, here's what cricinfo itself says, many hours after my post:
Smith, Warner face life bans from Cricket Australia
Last edited by Suraj on Sun Mar 25, 2018 4:50 pm, edited 2 times in total.
Top
Post Reply
749 posts