General nukkad-style discussions.
This forum is lightly moderated, and members are expected to moderate themselves.
Post Reply
1352 posts

Shakuni wrote: ↑
Tue Feb 12, 2019 3:07 am
I can't seem to find the Social Media dhaga (or was it just on the erstwhile forum?), but has anyone been following the Parliamentary summons to Twitter? I hope the MPs do their homework thoroughly for the questioning, else they will end up looking like clowns.
If they do their research though, there is so much to nail them on - right from hiring a scumbag Kashmiri separatist as India head, to a rabidly anti-Hindu and anti-Modi 'Director of Policy', to the CEO's own "Smash Brahminical Patriarchy" placard during his previous visit.


this ej dumbo got much more than he bargained for, the racist entitled punk that he is.
Top

Congresswoman Omar apologies but doesn't back down for use of anti-Semitic tropes and prejudicial accusations
One of the two first elected muslim khatum to USA House of Representatives , with scarf and all, posts online babbling against Jews and apologises.

Wonder why the woman's resignation wasn't asked for and obtained forthwith , maybe because religious+woman combination means licence to start berating non-believers; whilst messing with Twitter, House of Representatives, minority, etcetera etcetera. If it were a man, he should have been beaten inside US parliament like how Shiv Sena MPs beat up some RoPer MP in J&K assembly for throwing tantrums about eating cow meat. Imagine of someone from BJP says crap against chosen believers then issue would go 'international' -and to USA as well too.

It seems some RoPer woman infiltrated woman's March and is in cahoots with some mullah org.
Now anti-Semitism allegations against leftists group

The point is that international shyt is going feral with all kind of rogues infiltrating for their own ends. That puts into question our own (pseudo) made up belief of inviting criticism against ourselves and call it legit. (Disclaimer- As if it was not already so).
Top

what a truly majestic creature.

Probably a pakistani bull of the sahiwal breed.

India will live on thanks to small town SDREs, not TFTA Aman ki Tamasha harlots.

It's high time, Pakistan should be taught a lesson: Yuzvendra Chahal

Indian leg-spinner Yuzvendra Chahal feels the country should take strong action to end terror attacks like Pulwama, which claimed the lives of 40 CRPF personnel, but refused to say whether the World Cup game against Pakistan should be boycotted.

The attack is the deadliest in the last 30 years in Jammu and Kashmir and there has been demands for India to refuse playing Pakistan in the World Cup which gets underway in England from May 30.


"This should settle once and for all. We can't tolerate it any longer," Chahal told 'India Today'.

"Every three months we get to hear about our jawans losing their lives to terrorism and we can't keep waiting for things to happen. We have to make things happen and we should settle this face to face, even if that means aar paar ki ladaai (fight on the battlefield)," he added.

Here it is in person.

Any website that saves a version of online page (even in text form) because online publishing media can change due to criticism etcetera.
Top

Most newspapers have an e-paper option, which is a set of images of the printed paper.

You could also print an article/website using the browser print option, and save as PDF or some image format. It will not always be well formatted, but better than nothing. Failing which, screenshot always works.
Top

I was thinking of watching Captain Marvel next weekend...totally not interested right now. Might go & watch Uri for the 3rd time.
Top

Now that you mentioned it, I checked book my show, and every multiplex theatre is running at least one show daily, with some of the larger ones running 3-4 shows. The one near my house is almost sold out. Damn!
Top

Anyways, on a different topic, how much money the Chinese have to spend on movies? Captain Marvel is supposed to have a weekend BO of close to $100 Million in China alone. And with URI, we might be close to 350 crore box office global (almost around $50 million) in 2 months.

The Chinese are carrying movies like Alita: Battle Angel and even for Aquaman, their contribution was substantial. Next up in line following CM is Shaazam followed by A4: Endgame...so huge business for Hollywood studios, although I've heard the actual returns for studios from China ticket sales are extremely less (so the big box office numbers are more like prestige/bragging rights about a movie success in China rather than recuperating massive revenues from ticket sales).

I think the individual Chinese citizens are strongly discouraged to save and are encouraged to spend to keep the economy chugging along (just like in YooEss).
Top

^ Don't Cheen and India have comparable saving rates.
There might be some other explanation for foreign movies making such bog moolah in Cheen. Despite all the oomph about money, Chinese movies hardly have the same impact on world stage as Indian movies.
Top

I read somewhere (must have been the parent forum onlee) that movie tickets in China are almost the same cost as in the US. Add the much larger population, one can understand the larger revenue numbers then..

In contrast, imagine if tickets in India were priced at $12, or ₹840

Kevin Fiege is a brilliant strategist. He most likely encouraged (or sat passively) Brie Larson to make controversial political statements & high lighting the feminism aspect, ahead of CM's release to add up the hype & get fans charged (on both sides). Although most reviews of the movie states that story is generic, bland & Brie Larson acting is average, it still received a 80% RT rating. Some of the reviewers actually mentioned that they are giving it a positive to spite the sexist trolls. Users having a male name, giving bad reviews are being termed trolls, incels etc...LOL. Anyways, it is supposed to make a whopping $150 Mil OW in US & $100 Mil in China.

In our desh alone, I think it has made around 13 crore on Fri-Sat alone. There were a few Indian girls (daughters of a few celebrities I think) who were active promoting CM's feminism aspects on Indian media.
Top

Family and I saw CM last night. They liked WW more for highligting feminism aspect. CM is a boring necessity in the Avengers storyline. About 40 min of the film could have been an Agents of Shield episode.
Top

Are there any plans to bring some of the threads under members-only domain? Something like what we used to have BRF? I really feel we should because that will bring up the participation.
Top 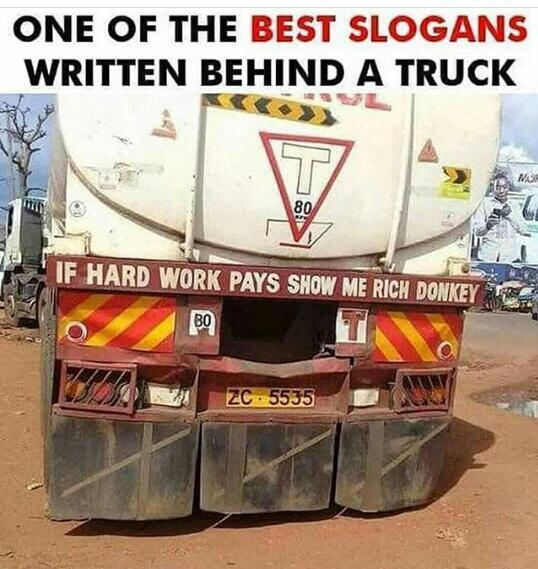 So far, all the SM reactions I've come across for Shazam movie has been extremely positive. All the reactions describe the movie as fun with a lot of heart & Zach Levy steals the performance as Shazam. In fact, many of them say, this is the best DC movies outside of Nolan movies and is a must watch. Shazam opens up during a crowded season (April 5) and has around 3 weeks before the real juggernaut A4: Endgame premiers & then it is really an Endgame in terms of major BO runs/collections for the other movies

I think in desh, on the same day, NaMo movie opens as well. MCU's Captain Marvel opened in India during lean time & hence enjoyed the patronage of Indian audiences and even had the 2nd best MCU movie opening. I doubt Shazam will receive such viewership. Firstly, the character along with its actors are not that well known outside the comic book movie circles & secondly, Shazam being a DC product doesn't have the positive weight of Marvel thrown behind it. Also the marketing for this movie has been light...no undue political controversies created, no message of feminism or whatever is being thrown to make the movie as well as the actors known widespread before the movie releases.

I do hope that Shazam receives extremely good RT score (going by the reactions so far, deserves to get one) which will pique the interest of audience to give this movie a shot.
Top

Phew... this summer seems to be a little harsh in BLR. Google shows me that temperature this time is around 2-3 deg warmer than usual. I dunno when pre-monsoon showers are supposed to arrive, but I hope it does soon. I remember in 2016, bad summer with no rains meant that BWSSB was thinking of rationing water and given the existing harsh summers this time, if rains are not normal, then we may see similar conditions. Was seeing extended weather on Accuweather and I am seeing few scattered showers in Mid-April but not rains which extend for few days or a week.

Anyways, from a personal selfish POV, the upcoming Ola ban should ease traffic situation a bit in BLR...although it would hit the Ola drivers lively hood quite badly. People are speculating, the 6 months ban time will be used to encourage & promote Kumaraswamy's own taxi aggregator and it is quite likely that many of the existing ola drivers will be forced to switch over to his company.
Top 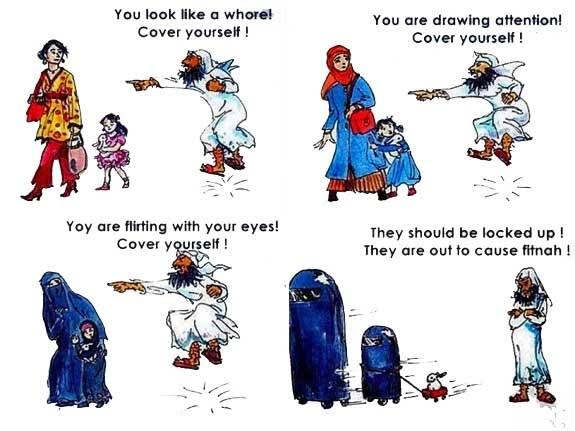 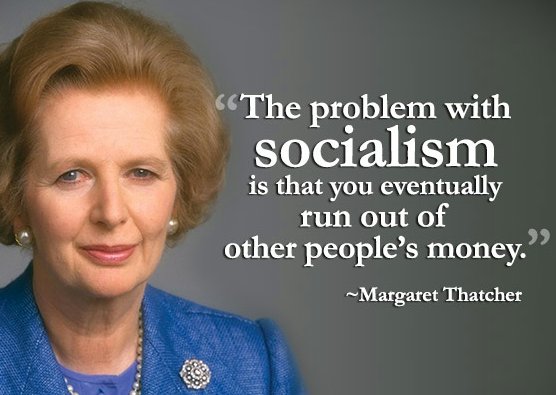 It seems like PC may get the big break she is hoping for in Hwood. It seems like Marvel is in talks with her for a role in one of the future MCU movies.
Top
Post Reply
1352 posts