General nukkad-style discussions.
This forum is lightly moderated, and members are expected to moderate themselves.
Post Reply
1350 posts

Funny thread of people whose names sound like private parts.

Asia Argento is the epitome of toxic femininity. #AsiaArgento #ToxicFemininity


I stared at this photo, of the Army Chief bowing & touching the feet of a war-widow, and realised some Indian traditions can be so beautiful 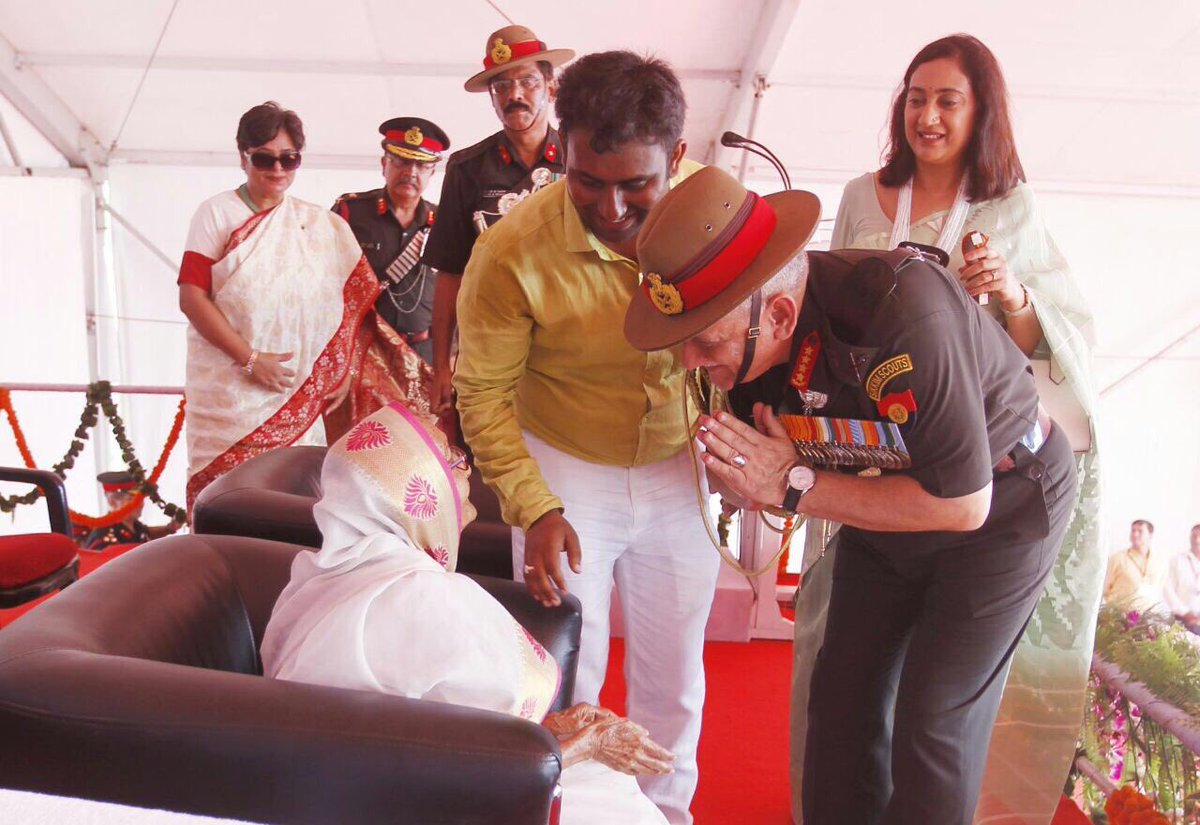 Whenever I am sad and depressed at the largely ungovernable, mostly unliveable, and generally impossible state of our great country, I return to this photo, of a four month-old Faizan Khan looking at his rescuer SHO Sanjay Kumar. It helps. 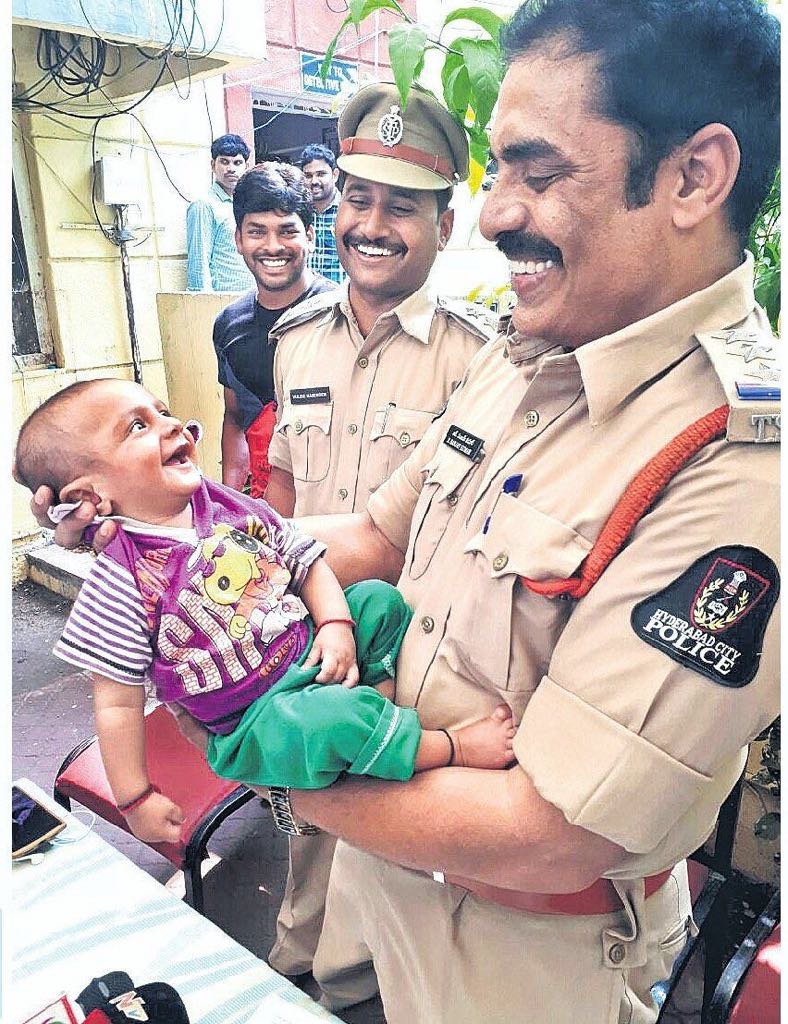 
Lambeth Country Show has really outdone itself this year 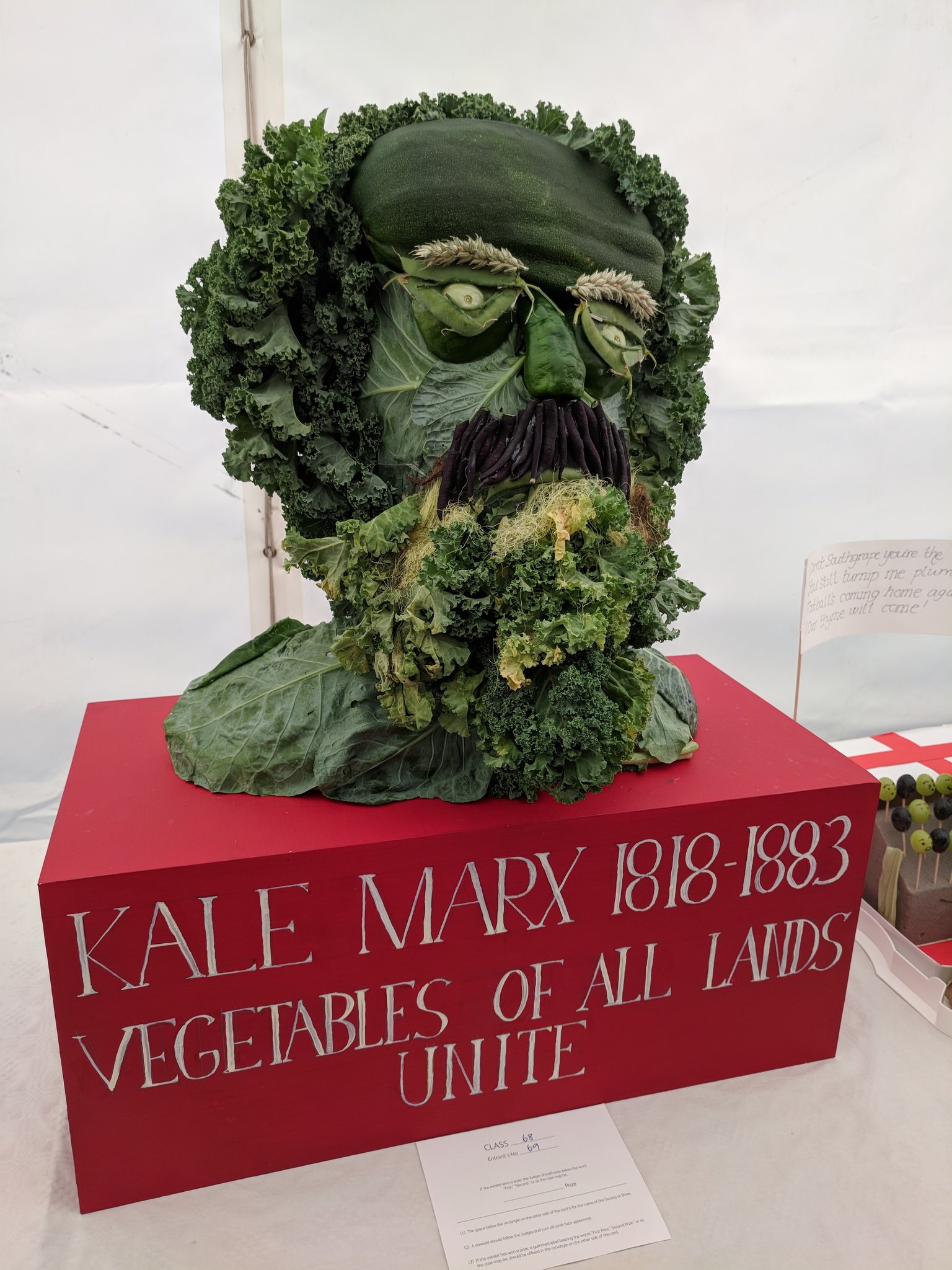 My grandfather Sriman. Kalyanam Iyengar (1905-1976) attained Acharyan Tiruvadi this day in 1976. We remember him for each morsel of food we eat today.

to TAtha who gave Tirupati laddu to the world and loads of love to everyone around him. 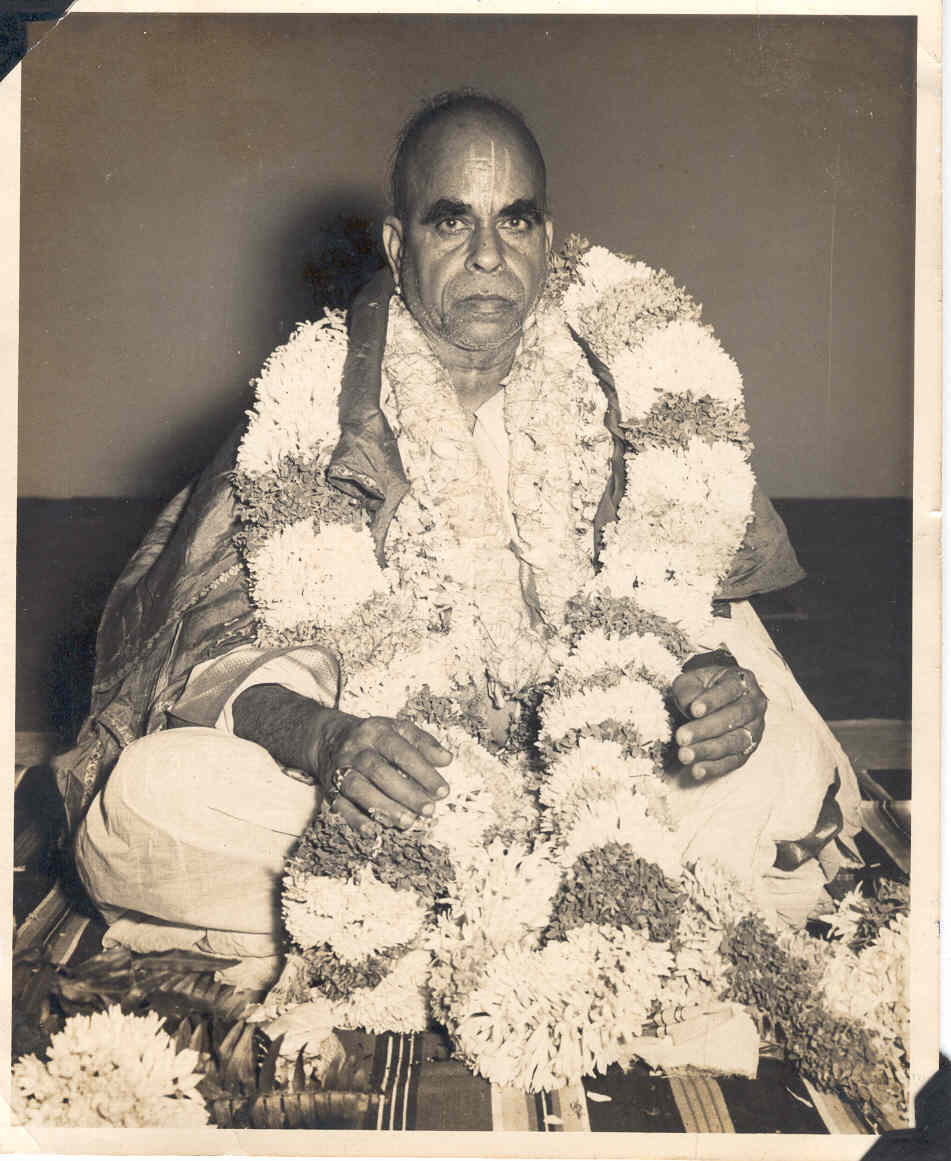 
The Defence Ministry on Saturday announced that the next edition of the biennial Aero India air show would be held here from February 20 to 24, 2019.

"The government has decided to hold the Aero India 2019 in Bengaluru from February 20 to 24, 2019," said the ministry in a statement from New Delhi.

The five-day event will be held at the Yelahanka base of the Indian Air Force (IAF) on the city's northern outskirts amid tight security. 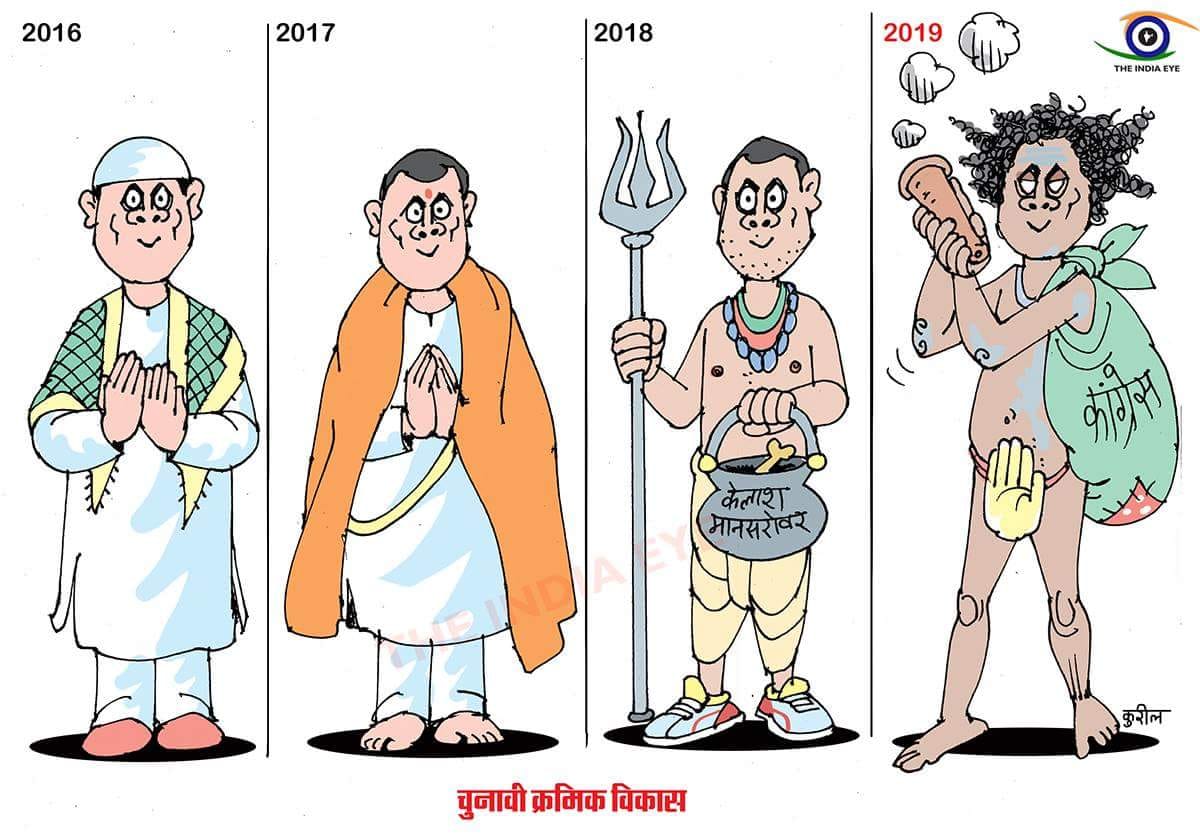 When believing is seeing

When believing is seeing

The protests of intellectuals appear as the fulminations of has-beens rather than the roars of revolutionaries.


Witnessing any gathering of intellectuals, whether it is a Not-In-My-Name protest or a meeting against the legal action against urban Naxals, is quite an experience. The look, the feel, the atmospherics—everything has a surreal quality about it. Having attended quite a few such meetings in recent times, it would be appropriate to make some observations about them.

When LMLU attend a marriage party, they rejoice in good tidings. Intellectuals, on the contrary, don’t approve of any marriage unless both partners are of the same sex. The normal marriage they view with suspicion, often as a fodder for the perpetuation of patriarchy.

If you ask LMLU, who their favourite film actors and actresses are, they would say Dev Anand, Dilip Kumar, Rajesh Khanna, Dharmendra, Shah Rukh Khan, Madhubala, Suraiya, Hema Malini, Madhuri Dixit, Kangana Ranaut, and so on. If you ask an intellectual the same question, the answer would be Balraj Sahni, Smita Patil, et al.

I wonder what kind of man would like to take his girlfriend to watch Do Bigha Zameen. So, let’s have a closer look at intellectuals. A quick Google search will give you delectable quotes: “an intellectual is a person who’s found one thing that’s more interesting than sex” (Aldous Huxley); “an intellectual is a man who takes more words than necessary to tell more than he knows” (Dwight D. Eisenhower).

Instead of defining them, however, I would like to focus on their distinguishing features, the most important of which is: while for LMLU seeing is believing, for intellectuals believing is seeing. We perceive phenomena and then come to some conclusion; mostly, experience guides us. But intellectuals know the Truth—yes, that’s how they look at it—and cherry-pick facts to embellish it.

They know before any inquiry into a communal riot that the main culprits are RSS and other “communal” elements. They know before investigating the killing of alleged Maoists that the police version is “full of holes”. In their scheme of things, what they perceive and conceptualise is knowledge; the opposite is a malevolent construct of “false consciousness”.

They know that socialism and communism are good, period. This is the truth that intellectuals stumble upon usually in schools and colleges. Like the first love, they cherish it all their lives, notwithstanding the mountain of evidence suggesting the opposite. The truth is that over 100 million people perished under socialist and communist regimes. For decades, intellectuals all over the world disputed that, rubbishing it as Western or bourgeois propaganda.

The mendacity of Leftist intellectuals and liberals was unbounded. Paul Johnson wrote in The Modern Times: “The famine of 1932, the worst in Russian history, was virtually unreported. At the height of it, the visiting biologist Julian Huxley found ‘a level of physique and general health rather above that to be seen in England.’ Shaw threw his food supplies out of the train window just before crossing the Russian frontier ‘convinced that there were no shortages in Russia’…”

Further, Johnson wrote, “Self-delusion was obviously the biggest single factor in the presentation of an unsuccessful despotism as a Utopia in the making [in Russia]. But there was also conscious deception by men and women who thought of themselves as idealists and who, at the time, honestly believed they were serving a higher human purpose by systematic misrepresentation and lying… The Thirties was the age of the heroic lie. Saintly mendacity became its more prized virtue. Stalin’s tortured Russia was the prime beneficiary of this sanctified falsification.”

Saintly mendacity and heroic lies are the warp and woof of the narrative that intellectuals peddle all the time. They claim to be the champions of individual liberty and privacy, thus opposing the Narendra Modi government’s efforts to link Aadhaar with welfare measures, administrative mechanisms, and money movement. But it was many of these people, big state enthusiasts as they are, who conjured up targeted welfarism; this is how Aadhaar got conceived in the first place. This happened when Sonia Gandhi ruled the country by proxy and filled her National Advisory Council with all manner of intellectuals.

Intellectuals claim that they want the uplift of the poor, yet the economic philosophy that they favour, socialism, has been discredited all over the world (if the Modi regime is troubled today, it is primarily because it has been unwilling or incapable of dispensing with the vestiges of socialist structures, but that’s another story). Socialism perpetuates poverty; this reality no intellectual wishes to acknowledge. In Irving Krystal’s phraseology, few Indian intellectuals “got mugged by reality”.

Unsurprisingly, the frequent protests of intellectuals appear as the fulminations of has-beens rather than the roars of revolutionaries. 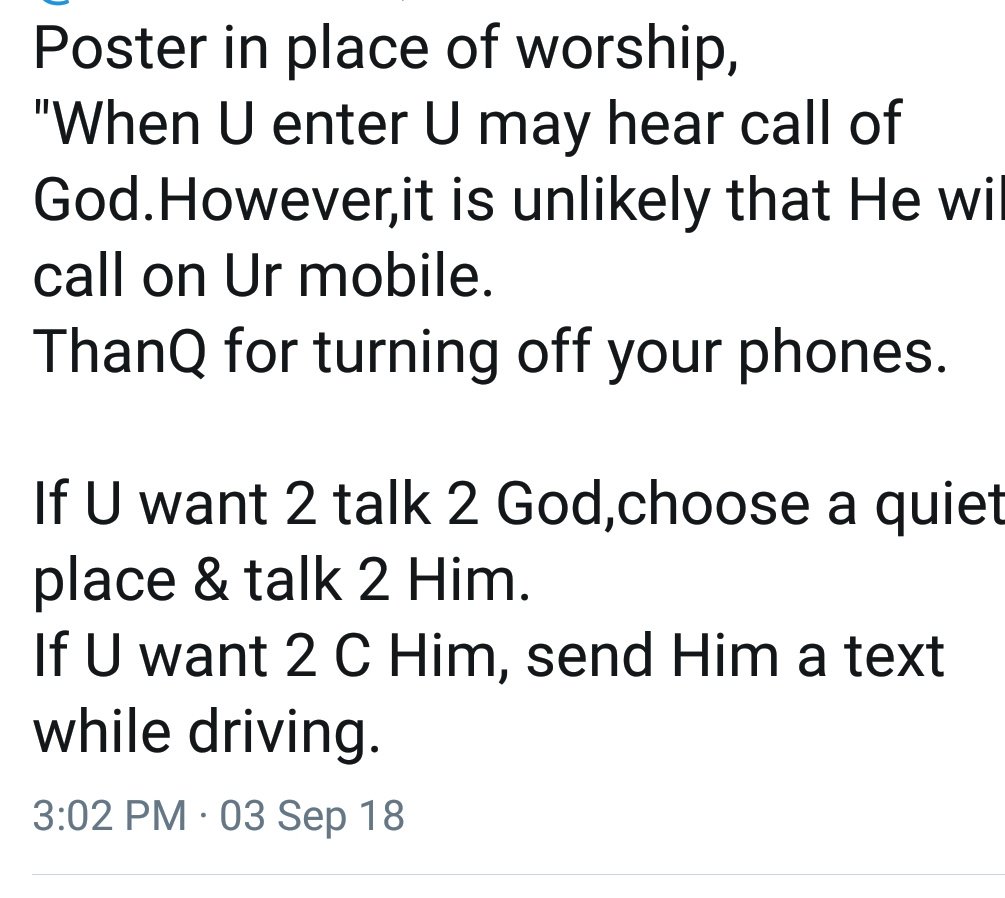 
Remember the last time Communism worked? Me neither


Final attempt at catching Mallya. ..hope they are successful 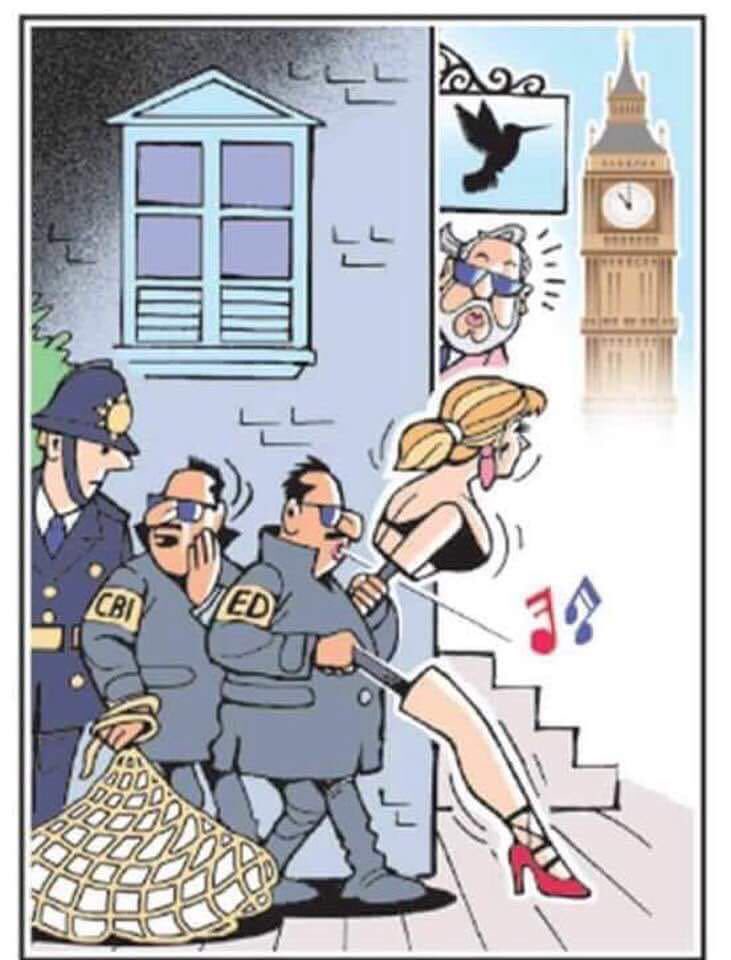 In case anyone is watching bollywood news, hear first 20 seconds which then begin to be a blame on society and so on.
https://youtube.com/watch?v=BjMoJ526QkI
Top

I am planning India visit. It would be nice to meet you at your dera-maha-bali. Last time, I couldn't.

In one way it's good the creeps of Bollywood are exposed.
I am sure some BIG BIG name will be exposed soon causing a big dhamaaka.

I am sure few more big names will tumble out.
I care two hoots about Bollywood but these other fake liberal ecosystem creeps where everyone is oh-so-holier-than-thou but sex starved and pervert behind the doors.
Top

any inputs on buying a good but cheap telescope in delhi. Even poor quality telescopes seem to cost nothing less than Rs24000.
want to be able to see Jupitor-saturn clearly and other deep space as well.
Top

this forum is so dead, that Nukkad posts from Aug to October can be found on 1 page!
Top

social and cultural nukkad stuff is subsumed into political thread...

what to do..some thread discipline on behalf of poster is needed.

if we get a lot of traffic and posts, we can look to enforce discipline, but at this low volume it does not make sense.
Top
Post Reply
1350 posts